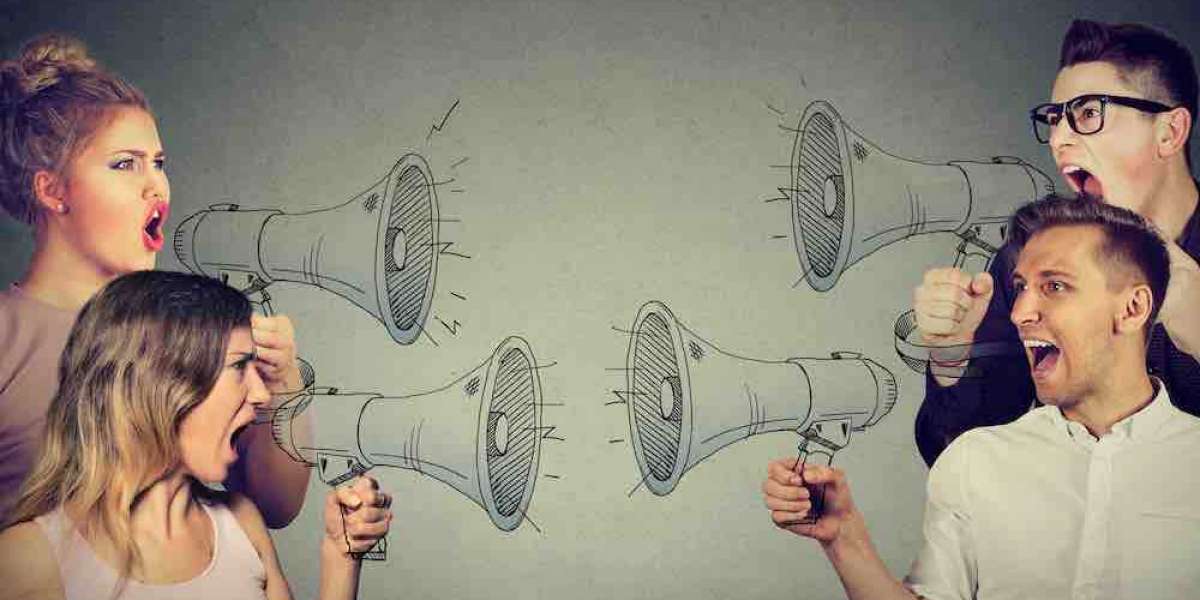 Who Has It Worse in Dating: Men or Women?

For years, I’ve listened to constant debates about who’s to blame for the dismal state of dating/online dating. This back and forth has to stop. It’s not productive to just complain and blame the other sex. We need to find an answer that makes things better. Who has it worse? I met two young women from Silicon Valley while on vacation in the Caribbean. They told me every guy they date prioritizes work over them, even when they’re together.

One male friend told me he’s frustrated that women are non-committal, always looking for the next best thing. He said women talk to multiple guys at once and cut contact out of nowhere.

My wife’s co-worker said she meets a lot of guys, but they never have their shit together. Many of them struggle with alcohol, video game addiction, or are just immature.

A client told me that the woman he’s seeing withholds sex due to past emotional baggage. She unfairly compares him to other men and sabotages their relationship.

And everyone tells me they hate online dating…because of the other sex.

For years, I’ve listened to constant debates about who’s to blame for the dismal state of dating. This back and forth has to stop. It’s not productive to just complain.

We need to find an answer that makes things better.

I’ve worked in the dating space for 12 years. I know the hardships people face. I know the advantages and disadvantages of being on both sides.

So I feel like I’m in a great position to be an unbiased mediator. I want to lay out the truths I see in modern dating so we can settle the debate once and for all.

Who has it worse in dating? Men or women?

Online dating is harder for…. 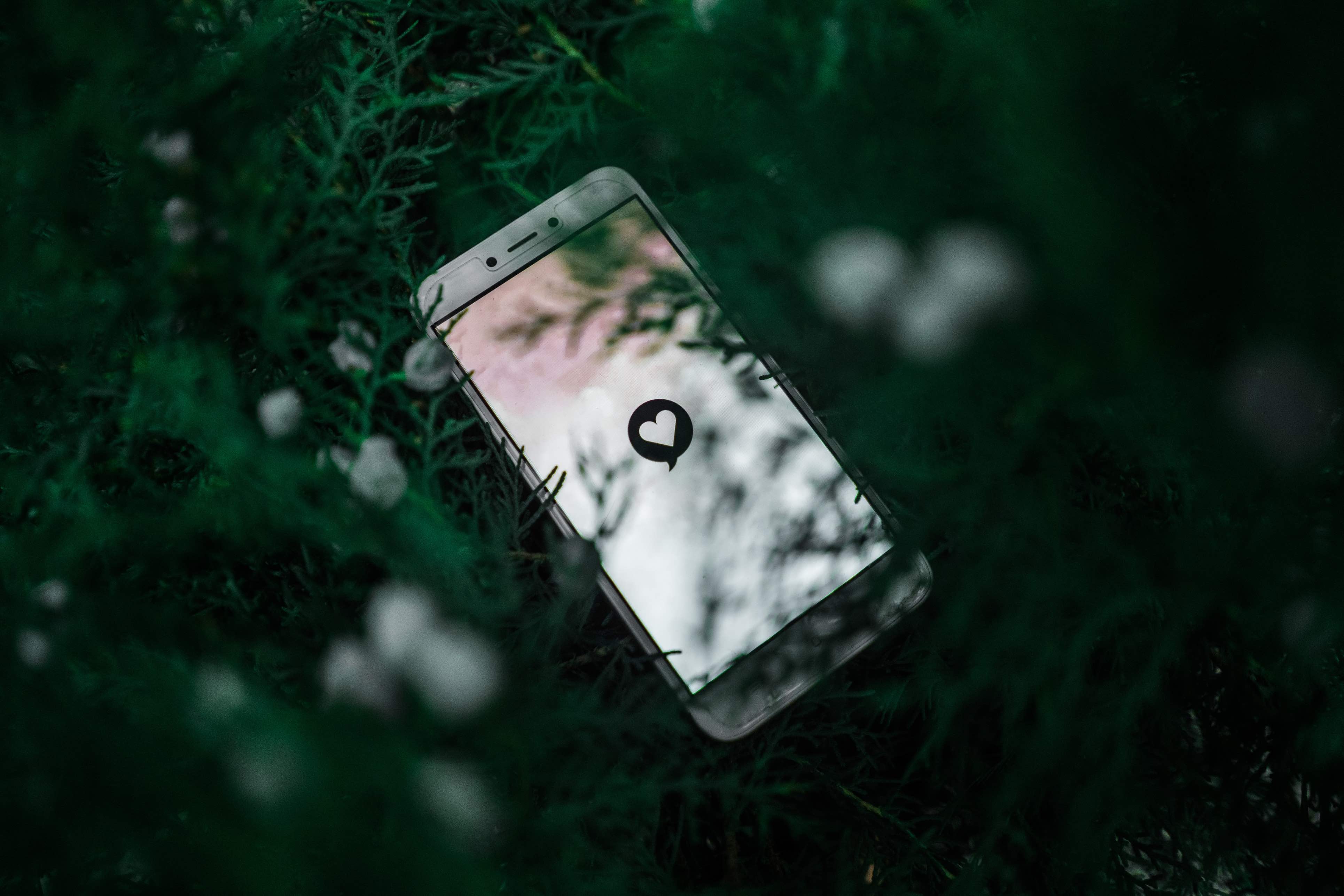 Men. Men have to spend hours swiping to get any matches with women. (Compare that with an average-looking woman who can get a match every other swipe!) Men have to agonize over writing witty messages that stand out and keep women engaged amongst a sea of competitors. And despite their best efforts, only a small percentage of men will get a response due to the sheer volume of messages women receive.

Women. Women do have endless numbers of men pursuing them online…but also endless lewd messages and unprovoked dick pics. As we know, people are bolder and nastier online than in-person. So imagine the long-term psychological effects for women being dehumanized and treated like meat by men on a daily basis. These negative experiences build distrust and make women fear for their personal safety. All in all, online dating takes takes the beauty out of romance.

Being seen as "high value" is harder for ...

Men. Men are primarily evaluated for their economic and social status. Beautiful women will go after well-off, well-connected men despite how those men care for them. Then they will exclude men entirely because they don't have a certain cash flow. Some insensitive women treat men as ATM machines and use them for what they provide. And once the money runs out, so does the romantic attraction.

Women. Women are predominantly appraised by their looks. Men always want the hottest, sexiest woman they can get. They will exclude caring, suitable women as relationship potential if they aren't insanely appealing. Men will pick a marginally more attractive woman over another one despite how that woman treats them.

Also, average-looking guys date gorgeous women all the time, but you rarely see average-looking ladies with hot guys. Men have stringent demands for beauty standards while ladies are more open if the guy has a good personality.

The power of choice is harder on ...

Men. Young ladies (approximately ages 18-30) are a hot commodity and they know it. They have their pick of the male gene pool and can be quite particular. They will flake on plans, date numerous guys at the same time, and keep men standing by as alternate options. Men try their best to contend, but are often at the mercy of who women decide to pick that day.

Women. Once a woman hits over 30 (and especially after giving birth), the power dynamic changes forever. The majority of guys I talk to of ANY age just want to date young or women at least 5-10 years younger. Women older than that are a last resort. Women have two options: settle for a less appealing or lower quality guy their age OR find a successful, appealing man that is possibly 10-15 years older than them.

The process of sex is harder for… 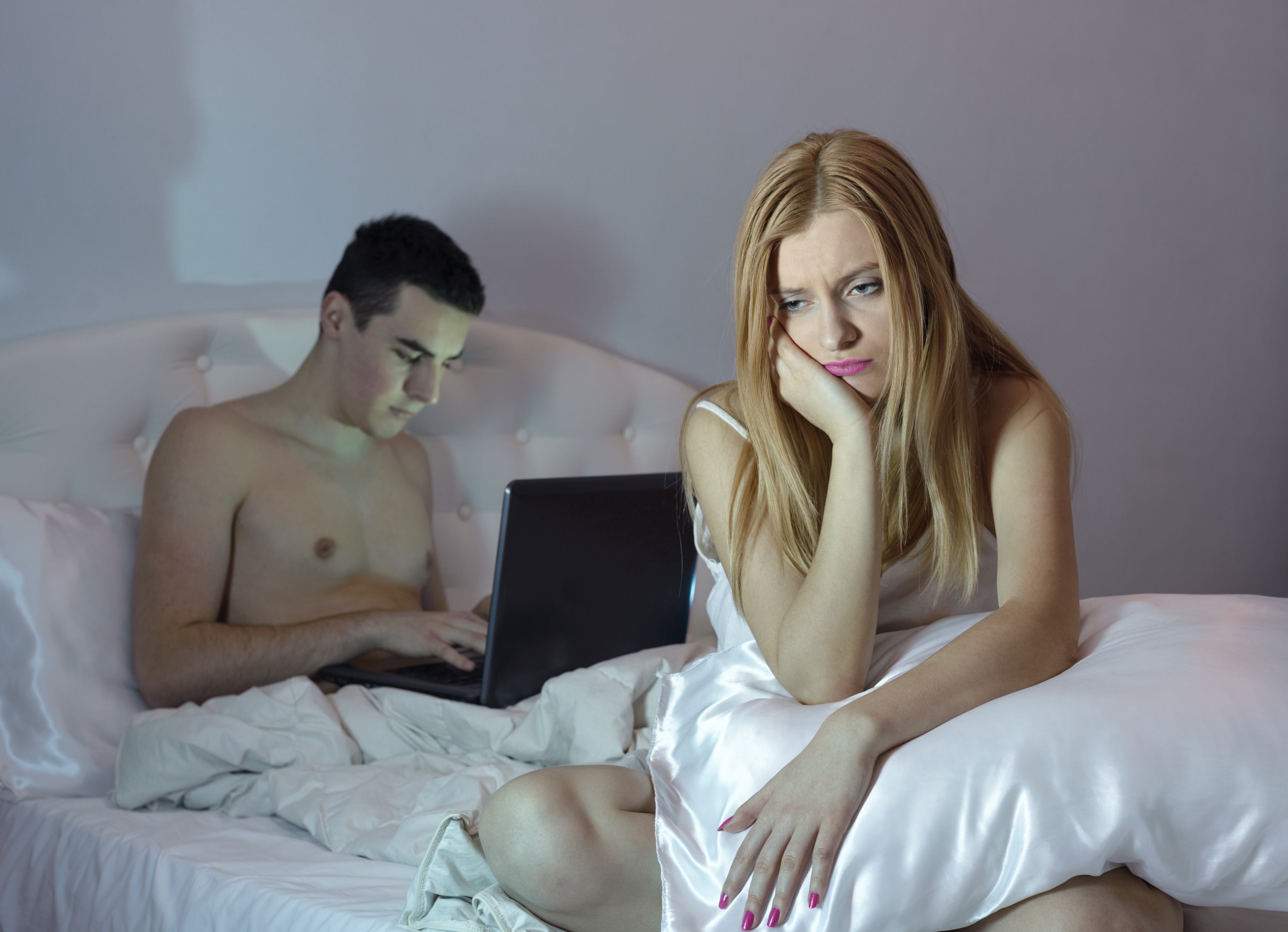 Men. Men get annoyed as they're consistently placed firmly in the "friend zone" with women. On dates, they do not think that women reveal any interest in sex-- which makes them feel self-conscious for their interest. This makes them think that they're pushing for something women do not want.

Men likewise come across women who intentionally repress sex or employ it as a tool to get them to invest financially or emotionally in them. At the end of the day, men feel like unwanted predators.

The courtship process of sex sucks and eliminates what ought to be an amazing adventure.

Women. Women sustain unfulfilling, possibly scarring sexual encounters with selfish guys. Guys are typically intoxicated and can't stay erect. They do not engage in foreplay or attempt to warm the women up to get them comfortable. Then they have short sessions of sex simply to get themselves off.

Numerous women have experienced the scenario where as soon as a guy sleeps with her, he moves on. This all strengthens to women that they're objects for men's sexual satisfaction.

The process of first-time sex sucks and kills what ought to be an exciting adventure.

Dating is more effort for ...

Men. Guys need to do almost everything in early courtship. They need to introduce themselves, show interest initially, and take the risk of inviting a lady out or making a move. Then they're the ones who risk humiliation and endure the signs of disinterest and uncomfortable rejections.

Women. Women need to deal with being hit on relentlessly online and in-person. A lot of those experiences are with men who are drunk, disrespectful, and just seeking to get laid. They're repeatedly advised that they are an object to be won, not a person to be cared about. Women have to turn down guys (which usually feels horrible) and then handle the intense or possibly unsafe fallout.

Society's perception of sexual experience is harder on ...
Men. Women and other male peers judge a guy based on his capability to have sex. If a guy hasn't slept with a great deal of ladies or is more inexperienced, something must be wrong. He must be an undesirable loser. Women will back out of pursuing men they find out are less skilled.

Ladies. Men and other female peers evaluate a woman based on her ability to restrain herself from sex. If a woman wants to sleep with lots of men, she's considered low quality. She must be a slut with low self-esteem. If ladies present excessive interest early on or expose they've had a greater number of lovers, guys will not see them as a long-lasting partner.

And the winner is… 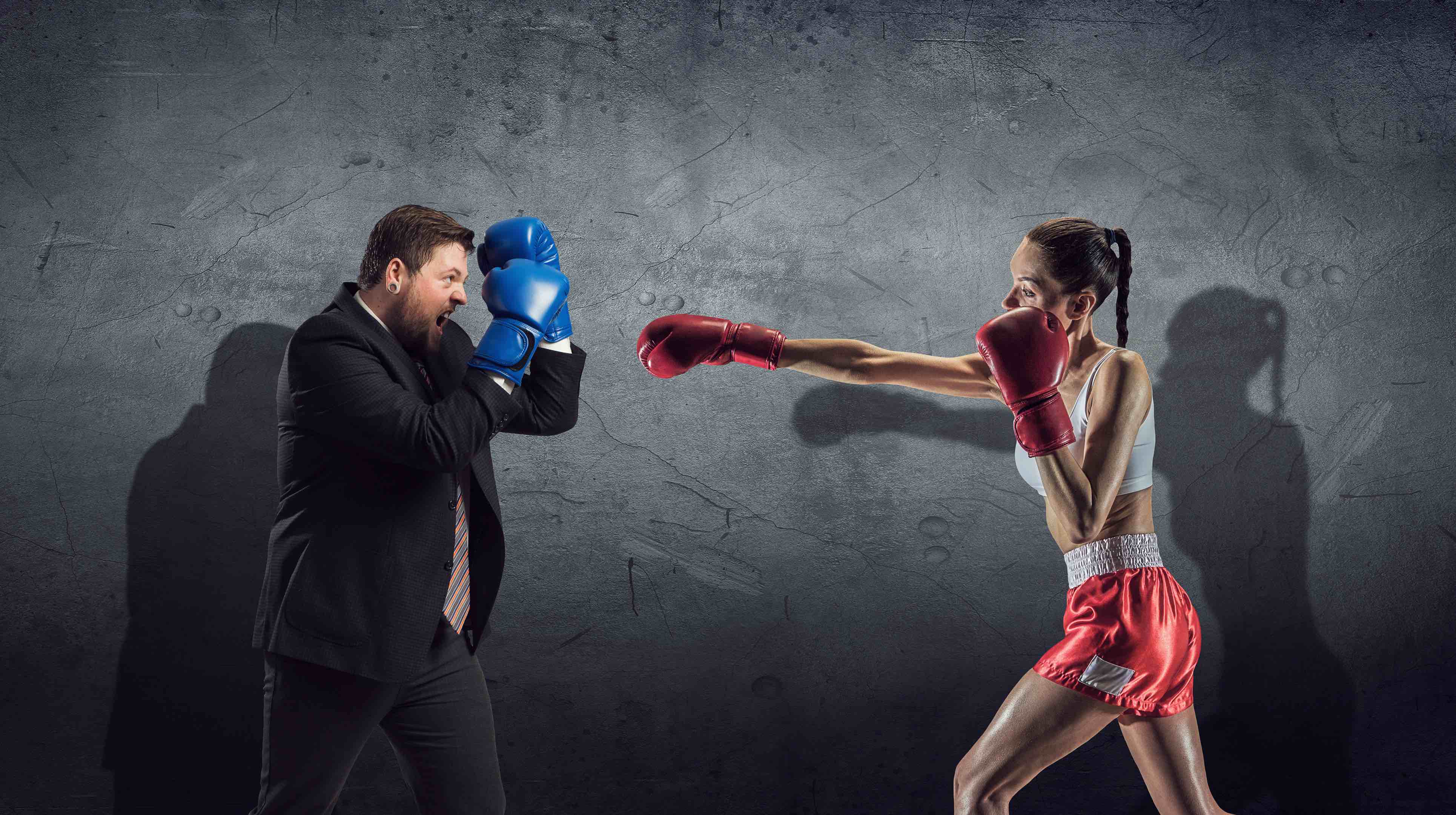 If we were to tally up the results, who really has it worse?

Everyone. Dating is hard for everyone.

It's unpleasant. It's convoluted. And sometimes, it's a deeply agonizing process where all of us struggle.

We've all been in crappy places. We're all ignorant, unconfident, and stumbling our way around. We're all flawed and dealing with baggage from childhood years. We all make mistakes and hopefully try to learn from them.

You can't compare who's going through more-- it's pointless. Trauma is trauma.

Obsessing over this hurts your outcomes more than anything else.

Being a victim keeps you feeling hopeless and uninspired. You don't change because you don't feel like you can change. You also feel entitled to even more without doing anything about it.

Holding onto bitterness towards the other sex fuels animosity, creates trust issues, and makes you see things as adversarial. You build walls to protect yourself and keep the people you date at arm's length. You self-sabotage your relationships by assuming the worst in others.

All this results in weak connections and hating the dating process.

So let go of this bullshit men vs women argument. Give people a chance to show you they're different. Try to empathize with others as individuals, not an entire gender. Treat them the way you wish to be treated.

I'm not saying it will work out with everyone. But compassion encourages compassion.

Stop pointing fingers and you'll discover more fun, well-balanced experiences. This is how we make dating better for everyone.

These articles are created as a way to educate our members with tips and tricks of finding love in this day and age. It's a very different landscape out there than it was even 10 years ago. Everything is different with COVID and people are struggling. We want to help you find your person at "The Flock". That's the whole point. But to do that, education is important. Love and respect, Todd Staples. Founder of "The Flock" 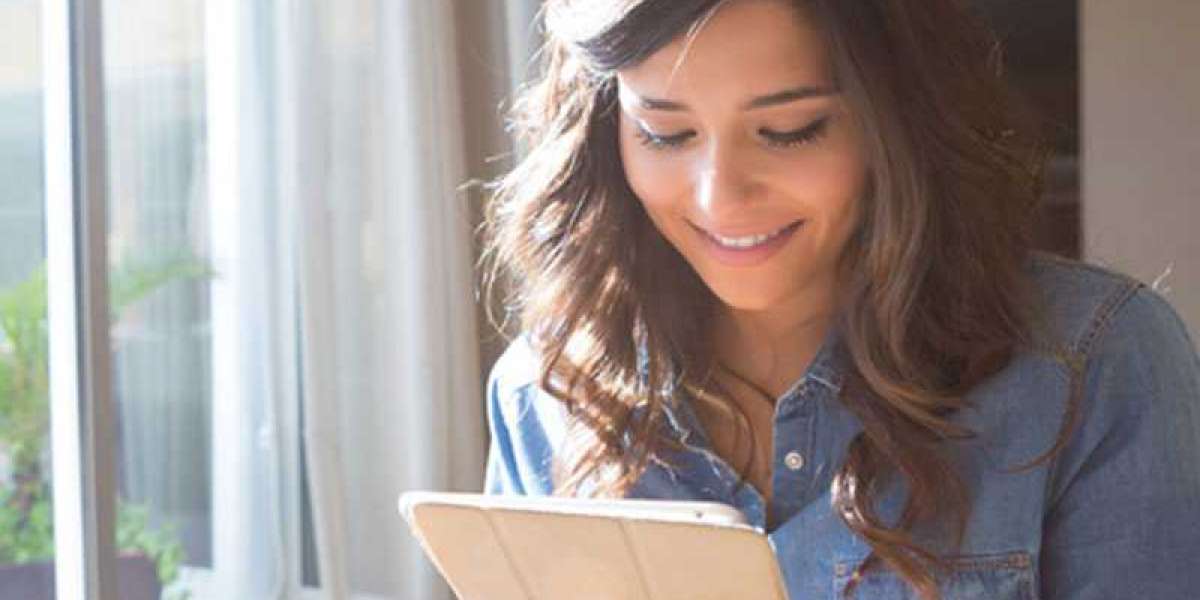 How to Flirt Online 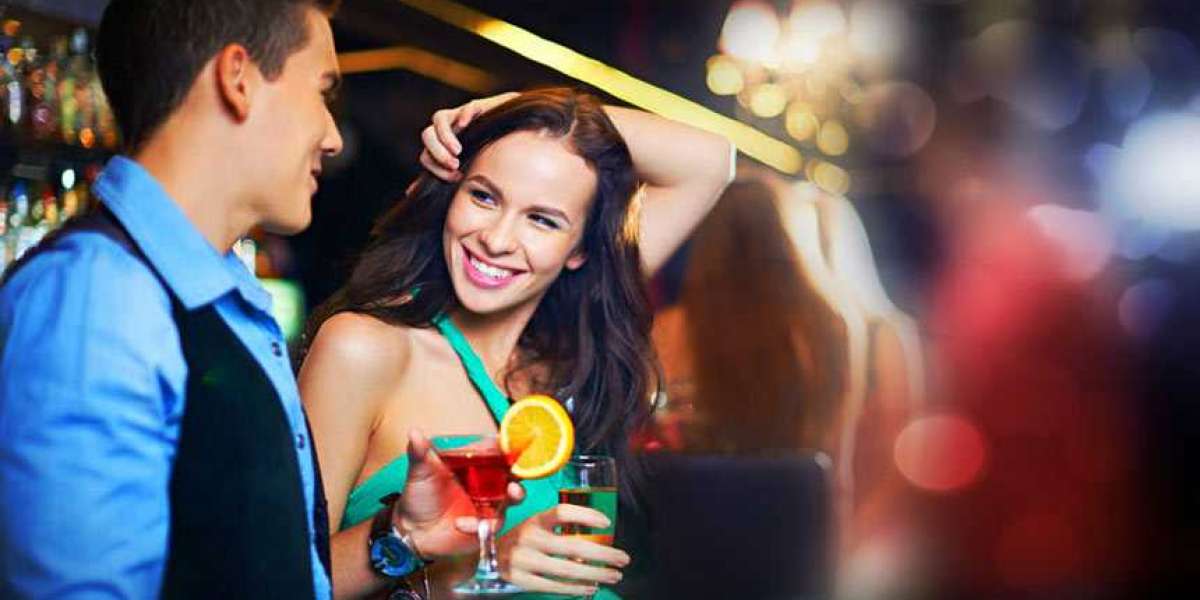 How to walk into a room.. and make every woman notice you 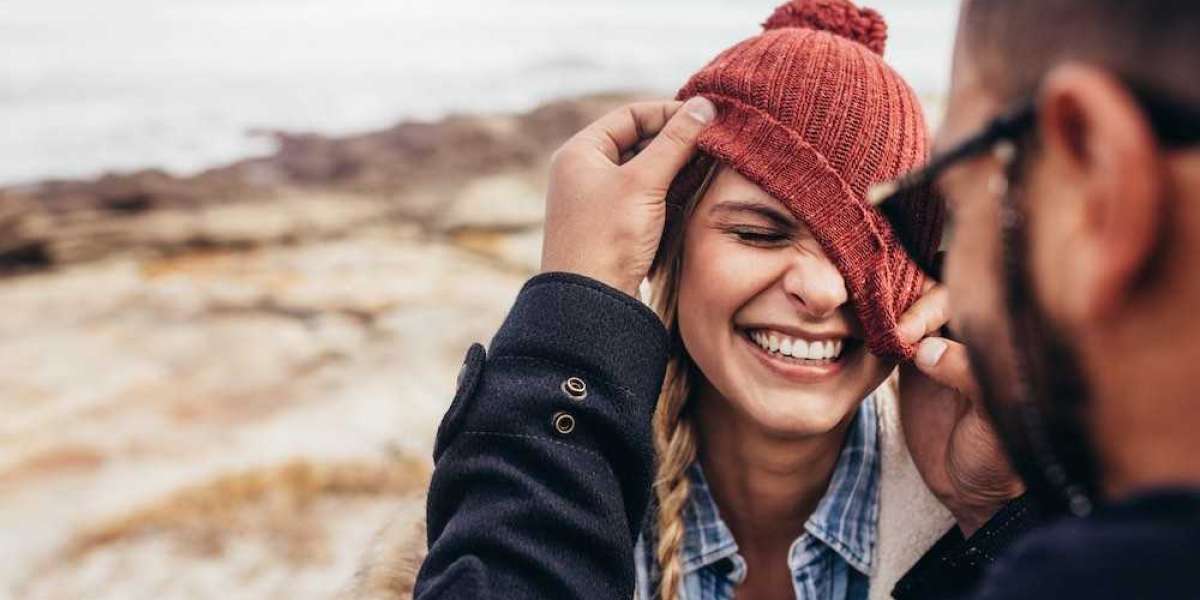